Rodents make up about 40% of all mammal species, which equates to 1,500 different types of animals. This class of creatures includes rats, mice, beavers, porcupines, squirrels, guinea pigs, gophers, and hamsters. 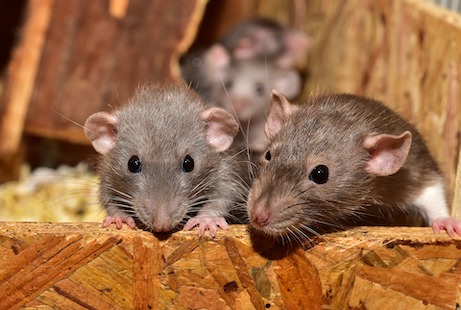 Mice are believed to have been on earth for more than 50 million years. They live on all continents except Antarctica and are distinguished by their incisor teeth, which continue to grow throughout their lifetime.

Mice range in size from a few inches to many feet and from one ounce to 150 pounds, depending on species. Their unifying feature is their teeth: sharp, curved incisors that are optimized for gnawing and chewing. These incisors never stop growing, so mice must continuously find ways to wear them down. Mice are capable of six bites each second, and they can gnaw through concrete and metal. In general, mice have highly-developed senses of vision, smell, and hearing. Some also have whiskers that are used to enhance their ability to feel their surroundings.

Common mice have a maximum lifespan of 5 years, while marmots, chinchillas, and chipmunks may live 10-15 years. A single mouse can produce more than 50 offspring annually and is capable of becoming pregnant again just 24 hours after giving birth.

What are the unique characteristics of mice?

Traits of mice vary widely based on type, locale, and size. However, most mice can swim; rats are able to tread water for up to three days! Mice are also good jumpers, climbers, and burrowers. Mice can contort their bodies to squeeze through holes as small as a dime.

Mice are also smart creatures. For example, mice can be trained to perform tricks and mice remember paths they took.

What are the habits of mice?

Mice can be herbivores (eating plant-based diets), predators (seeking out insects and other animals), or omnivores (eating almost anything). Common mice will eat paper, wiring, drywall, and wood, along with human and pet food.

Mice can be active both day and night. Mice and mice are generally nocturnal, avoiding people, while squirrels are prevalent in the daytime.

Where are mice commonly found?

Mice can live outside in underground burrows, trees, crevices between rocks, and in vegetation. They may also take us residence inside homes and other structures. They are mammals, which means they will seek warmth when temperatures are low.

What are the risks of a mice infestation?

Non-domesticated mice can pose a risk to people and pets. Mice transmit at least 35 diseases including Lyme Disease, salmonella, leptospirosis, hantavirus, and rat-bite fever. Mice can also be destructive to property and, if provoked, attack animals and humans.

Do-it-yourself baits and traps may attract rodent intruders. However, if not properly administered, they can also be harmful to people and pets. A pest control professional can evaluate your property to determine how to best prevent and treat pesky mice.

Mice are most harmful when they find their way into your home. Preventative measures you can take to keep your home free of mice include:

Are You Having Issues With Mice?
Get a Free Quote!